For all of us following this terribly and mis-named bill, this may be the best news yet. (HR 1599 Safe and Accurate Food Labeling Act of 2015) 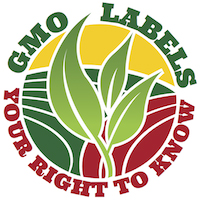 94 State Representatives have asked Congress to oppose this bill on the same grounds we as consumers and citizens are worried about - it is nothing more than a chemical corporation protection bill, written and repeated by our supposed-representatives ad nauseam.   I emailed Senator McCain's office 3 times repeating my concern about states rights and consumer right to know issues and received the same Monsanto-Drafted language in return.

One of the signers of the letter says it perfectly.

"Sen. Robert L. Hedlund, a Republican in the Massachusetts State legislature said:  “H.R. 1599 is nothing more than an attempt to legally sanction the right of corporations to withhold factual information from consumers. If Congress concedes to industry on this state right, what’s to prevent other industries from asking Congress to strip states of other long-held rights? It’s a slippery slope.”"

Maine Rep. Michelle Dunphy (D-Old Town), authored the letter and got 93 states colleagues to sign on.

“H.R. 1599 is being deceptively sold to Congress on the mistruth that it will address consumers’ concerns by establishing a uniform federal standard for GMO labeling,” Dunphy said. “In fact, H.R. 1599 would preempt state and federal mandatory labeling laws and instead establish a voluntary, government-run program for labeling non-GMO foods. States have historically held the right to pass food safety and food labeling laws, and Congress should not undermine that right just to protect the biotech industry.”


This link is a summary of the letter.
http://www.agprofessional.com/news/state-lawmakers-ask-congress-oppose-hr-1599

Here is a link to the letter.
https://www.organicconsumers.org/sites/default/files/rep._dunphy_letter_to_congress_final.pdf

The bill is now in the Senate after passing the House in July.

Please read and pass this around.

If you enjoyed this post, subscribe in the upper side bar link, to get all my posts!

Disclaimer: Clicking on links on this blog may earn me a small commission if you purchase something. Your price does not change.
Posted by Catherine, The Herb Lady at 5:54 AM No comments: